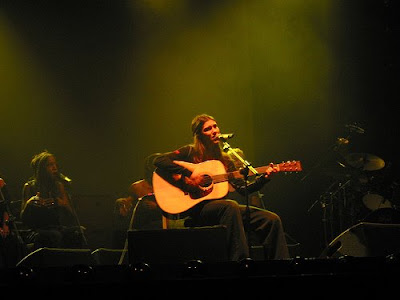 When I studied in Italy my friends and I went to the MTV European Music Awards concert at the Colosseum to see The Cure, Hoobastank and an Italian artist named Elisa Toffoli (she just goes by Elisa though I think) We were all so in love with her we bought one of her albums and it became part of the soundtrack from that semester. I still listen to it every once in a while - she sings in both Italian and English. Just beautiful - you can listen to some of her stuff here.
at 9:43 PM

my name is alissa.
i'm an interior designer. i like the color gray,
old things and a little glitter.
.
i find it's good to be happily overwhelmed.

Believe nothing, no matter where you read it
or who has said it, not even if I have said it,
unless it agrees with your own reason
and your own common sense.
-Buddha